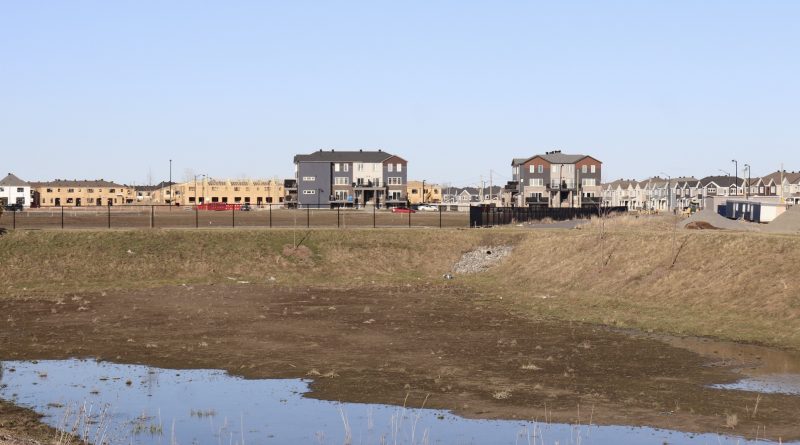 A former City of Ottawa whistleblower is sounding the alarm on changes to the Barrhaven flood plain.

The land, 66.6 hectares in size east of Borrisokane Road near the Jock River, will see 701 detached homes and 241 townhomes. They will be built offsite at a nearby manufacturing facility which just opened.

In 2019, Caivan asked the Rideau Valley Conservation Authority for a permit to make alterations to the site. It would remove land in some areas to create volume for water, and other areas would be filled in for development. That would allow for homes to be built on a portion of land which was part of the old flood plain.

For the RVCA, it’s the largest volume of fill request to ever land their desk at 407,000 square feet.

The RVCA said the application met their high criteria, and would not have been approved “If they didn’t have a high degree of confidence that the tests under the Conservation Authorities Act had been met,” according to Rideau Valley Conservation Authority’s director of science and planning, Glen McDonald.

McDonald appeared at planning committee to reassure councillors on the changes to the flood plain, and answer any questions they had.

But while he had high confidence in the altercations, not everyone agreed.

City engineer Ted Cooper presented to the committee as a private citizen, sharing his worry about how the situation was handled, and ramifications that could follow.

“What the fill permit has done is rewarded the developer with an unprecedented flood plain development opportunity, while placing residents and their properties in (Gloucester-South Nepean) at unknown risk,” he said.

In the early 2000’s, Cooper was concerned that a development in Kanata near the Carp River could be at risk of flooding, despite many city officials saying the land in question would remain dry. The error was blamed on a prediction error caused by coding in a computer model.

The city engineer and stormwater expert was terminated by the City of Ottawa in 2013, but fought for his job back and won. Now taking the stand again, Gloucester-South Nepean councillor Carol Anne Meehan called it a brave move.

“What you are doing as a member of the city staff is pretty brave actually,” Meehan told Cooper. “You are coming out and challenging the staff reports.”

Cooper believes that in this case Caivan has not laid out the typical ponds to manage the stormwater and hold runoff, a problem that could be made worse after snowmelt in the spring. He wanted the RVCA to finish a subwatershed study they drafted before the rezoning was approved.

His concerns aren’t regarding flooding at the new development site, but east of the river in Hearts Desire.

“I believe the Hearts Desire community dates back to the 1970’s, so it was constructed before the province adopted a policy-based system,: said Cooper. “Likely parts of that development wouldn’t have been allowed to be built, (and) in fact there are some lots on Goodwood (Drive) that are in the 100 year floodplain. Those residents had the right to object to having to take on water that once occupied the lands upstream.”

Due to climate change Cooper said there will be an increase in rainfall during the spring, but he is most concerned about an inch or two of rain occurring during the spring freshet, which can last anywhere from one to two weeks on the Jock River. That mixed with uncontrolled runoff could cause erosion during a vulnerable time, he said.

In their defense, Frank Cairo, the CEO of Caivan, said 42 experts looked at the file, and no development would take place in the new land now labeled as part of the flood plain.

Once built, the development will be among the first of its kind in Ottawa. Cairo says that architecture is being reinvented with urban design streetscape patterns. It will also include one of the biggest river restoration projects that exist in this region, and will replant the agricultural edge of the Jock River which is currently in an erosive state.

During the nearly three hour-long planning committee meeting, councillors were shown drawings of what the community will look like once complete. Walkways, trails, parks, forest, and a turtle bank will be part of the riverfront complex. An artistic rendering also showed families skating on the river in the winter with a bonfire nearby.

The houses themselves feature many triangular elements, wood paneling, large windows, and are mainly gray in colour.

Caivan has also filed another application for 1,000 additional homes to be built in a future phase of the Conservancy development. It will be located west of Borrisokane near Highway 416 on 67 hectares of land.

The rezoning for the current subdivision will head to council for approval on April 27. 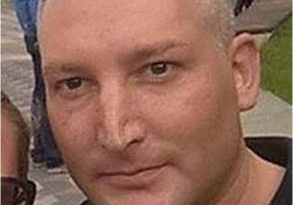 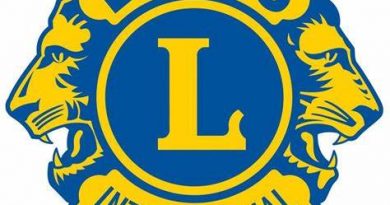 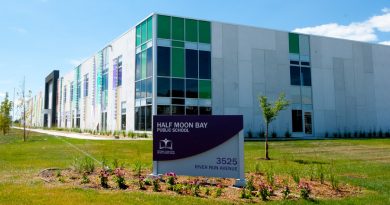