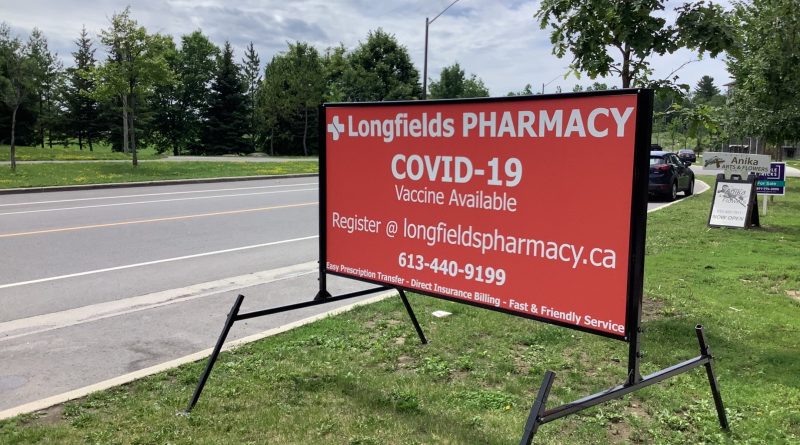 The community of Old Barrhaven East reported the second highest number of new COVID-19 infections throughout the month of October, according to information provided by the Ottawa Neighborhood Study.

The data, which is typically released about three weeks after the month ends, showed the community of Old Barrhaven East reported 49 COVID cases during that 31 day period. Stonebridge-Half Moon Bay-Hearts Desire came in fourth place for most cases at 41 during that same month. The data is based out of 111 neighbourhoods within Ottawa.

The community in Ottawa that reported the most cases during October 2021 was Overbrook-McArthur, which recorded 62 COVID-19 infections. The data does not take into account the population of each community or where the virus was transmitted.

As of data updated on Oct. 25, all communities in Barrhaven have a high vaccination rate, according to information provided on the Ottawa Neighborhood Study website. The data is based on those 12 years of age and older.

For at least one dose of a COVID-19 vaccine, Old Barrhaven East has a rate of 88.5 per cent who are at least partially vaccinated. That is based on 25,223 eligible people.

The neighbouring community of Old Barrhaven West has a partially vaccinated rate of 88.5 per cent, out of an eligible 17,554 people.

Stonebridge-Half Moon Bay-Hearts Desire has an eligible population of 17,910 — 93.4 per cent who are at least partially vaccinated.

Chapman Mills has an eligible population of 11,223, and 88.7 per cent have rolled up their sleeves for at least one COVID jab.

Rideau Crest-Davidson Heights has 86.2 per cent of their population at least particularly vaccinated, and that’s based out of 14,021 people.

Across the River in Riverside South-Leitrim, 94.1 per cent of the eligible 15,976 people have received at least one dose of a COVID-19 vaccine.

Families are now also able to book COVID-19 vaccine appointments for their children who are five and above, and the first doses will start to be administered this Friday. Ottawa Public Health says they plan to offer doses to the eligible 77,000 children within the next four weeks. 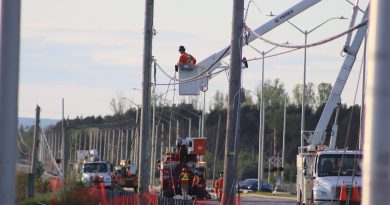 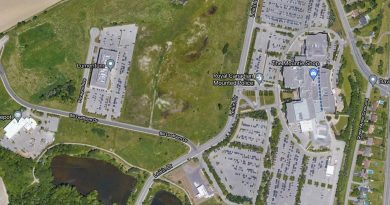 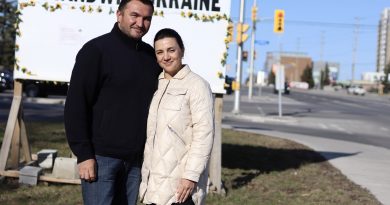 From Odesa To Barrhaven: A Ukrainian Family’s Journey To Canada