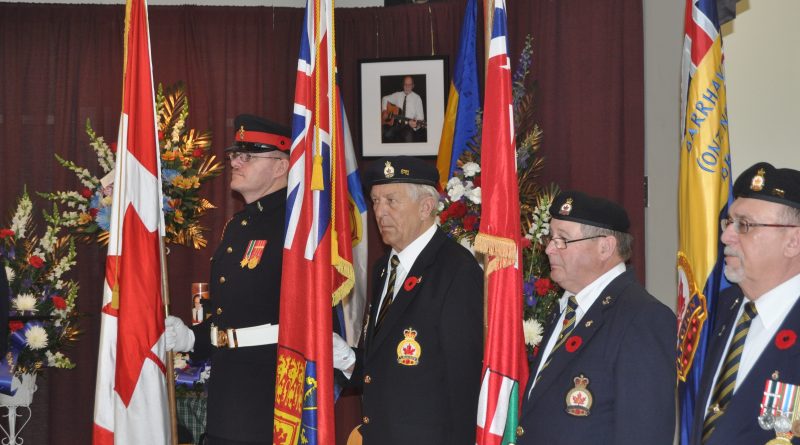 We continue our 30 years, 30 people series featuring people who have played a prominent role in building and shaping Barrhaven from the time we were a sleepy little suburb in 1990 to the thriving city of more than 100,000 we are now. This week, we are featuring Gord Ley. A Cape Bretoner through and through and always with a guitar in his hand, Gord Ley was a fixture at every Barrhaven community event, as well as playing a prominent role in the establishment and growth of the Barrhaven Legion.

A jam packed crowd, spilling into the parking lot, walked that fine line at the Barrhaven Legion on Tuesday, April 9, 2013. Gordon Ley was known to those who frequent almost every Legion between Ottawa, Kingston and Cornwall. It’s only appropriate that his funeral would be held in the Legion, particularly the one in Barrhaven, which he was very responsible for getting off the ground.

Doug Champagne, another man known in most Legions in the area for writing and performing “The Legion Song” at every and any Legion in the area, stood in front of the crowd with his guitar, singing one of his favourite old songs, “Working Man.” Beside him was the Legion colour guard, sombre and poised. In front of him, the crowd let their memories live vicariously through the song’s lyrics. They sang along, but more so, they felt every word and every note.

Behind Doug Champagne, the flowers and decorations and pictures of Gordon Ley – one with his guitar – was the focus of everyone’s joy, sorrow and memory.

As Champagne finished the song, Ley’s daughter, Janet, let a comment slip through her tears.

“That’s the first time I’ve ever heard you sing that song without my father,” she said.

Once again, the crowd tight roped the fine line between sadness and celebration.

Ley was a military man. He lived throughout the country, but spent a lot of time in Kingston and Ottawa and all parts in between. Wherever he went, he took a spirit that made the community better. He brought a piece of Cape Breton with him –he remained a Cape Bretoner through and through. I will always remember him for his guitar – the one thing he was rarely seen without.

At the service, the Legion colour guard was piped into the back room, which was filled with family, friends, and members of the Royal Canadian Legion. Janet, Ley’s youngest of four children, shared her thoughts and memories of a man she says she grew closer to as an adult.

She shared best wishes sent by a cousin, Gord Sampson, who is a singer and songwriter. Sampson expressed both pride and love for the man “who taught me my first guitar chord.”

She also spoke of her son, Aaron, who has followed in his grandfather’s footsteps in both music and by joining the military, “his two favourite things.” She spoke of her daughter, Jessica, and how much she loved to hear her grandfather sing to her.

“Seeing all of you,” she said to the gathering, “he was not only loved by his family. He was loved by everyone.”

“He would always play Puff the Magic Dragon to us,” she said. “It was his favourite song.

Ley’s friends continued along the theme of his love and passion for music, his friends, and the community. He left home at 16 to begin his path on becoming a soldier. Darts, curling and music provided an undertone for the stories of fun, selflessness, friendship and loyalty that were shared throughout the service.

“Gord is one of the best friends you could ever have,” said Champagne to the gathering. “He was always proud of his roots and his family. He was a Cape Bretoner to the end.”

When there was a gathering or an event, Ley was there. He played at weddings, at funerals, at parties, and he played when there was no event at all.

“We all lost a great friend,” said Champagne. “It’s a fantastic tribute to our great friend.”

While Ley could play almost any song anyone ever asked him to play, his favourite songs were by his sister’s next door neighbour, Rita McNeil.

Watching the service, my mind drifted to the many times I had spent time with Gordon Ley. He always had a smile on his face, and he was always friendly. No matter where I ran into him, I had that feeling that I may as well  be sitting at his kitchen table until the wee hours of the morning, sharing laughs and listening to him sing and play the guitar.

I also started to think about why he was the way he was. Why are Cape Bretoners and Canadians from the Atlantic so much more personable and friendly as the rest of us? What is it that they have that makes everyone else so happy to be around them? Why does community and friendship seem to be so much more important to people like Gordon Ley than it does to the rest of us?

Saying good-bye to a friend, I realized how blessed and thankful I was to have known him – a feeling that far outweighed my sadness of his passing.

I’m glad he left us all with a little piece of Cape Breton. And if they have Legions in Heaven, we can only think of the singalong he is leading between games of darts at this very moment. 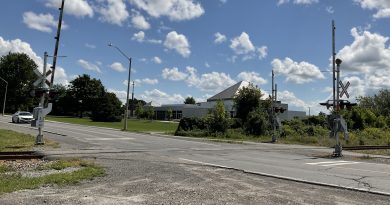 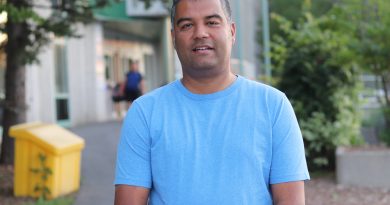 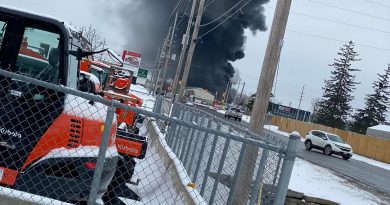