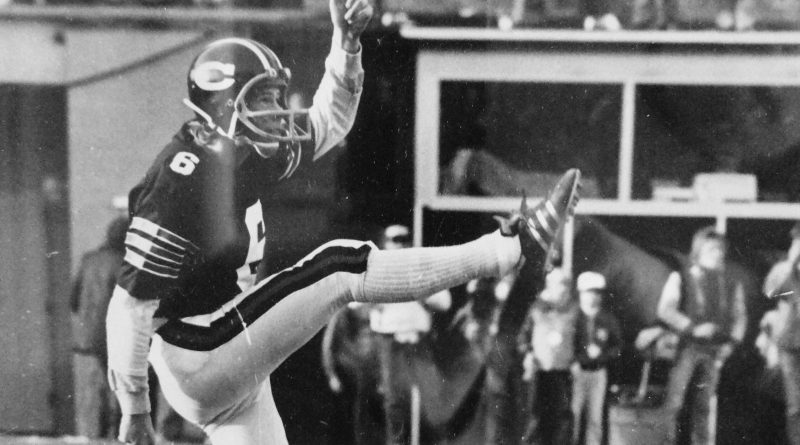 There are planned reunions, like the ones your high school will hold every decade or so. You smile to yourself when you see how the popular and best looking people have aged, sometimes less than gracefully. Of course, you look in the mirror and you haven’t aged at all.

But there is another kind of reunion. These are the unplanned and impromptu ones where you run into old friends and reminisce about the best of times. Even when the worst of times are remembered, it is usually with some humour or with a positive spin.

I thought with the Panda Game on Saturday. We won’t have our usual Carleton Ravens Alumni Brunch due to COVID, but it will still be great to see old friends and teammates as they filtered into TD Place.

Obviously, none of us will have had aged a bit.

There have been some crazy things that happened in the Panda Game through the years. It didn’t matter if you were on the Carleton side or the Ottawa U. side. It was mayhem. Water balloons flew over our heads as students from both schools had built giant sling shots in the stands and were propelling objects to the other side of the field. The smell of firecrackers filled the air. It seems that each game was delayed three or four times to deal with streakers. In one game, a streaker started climbing one of the goal posts and got to the top of the upright on the Bank Street side of the field. Then, naked and drunk, had no idea what to do or how to get down. All he could do was wait for the emergency response team to get him down with a ladder. Then he was arrested.

And then there was the fish.

Before the game, I sat nervously in the dungeon that passed as a dressing room near the hockey arena under the north side stands at Lansdowne Park. I even remember the cassette I listened to on my Sony Walkman. Maniac and What a Feeling from the Flashdance soundtrack, Burnin’ Down the House by the Talking Heads, In a Big Country by Big Country, Safety Dance by Men Without Hats, It’s a Jungle Out There by Bonnie Tyler.

The game was supposed to start with a skydiver parachuting the game ball to centre field at the beginning of the game. He didn’t quite execute the landing. He ended up in the knee-deep water in the Rideau Canal behind the south side stands.

Late in the first quarter, I was on the field, awaiting a snap for a punt. A few seconds before the ball was snapped, I was stunned by a “thwack” on the side of my helmet. Then, the ball was headed my way, along with about 10 angry Ottawa Gee-Gees charging at me. I refocused, caught the ball, and punted it. After the ball left my foot, I noticed something on my hand and wrist. I noticed it on my jersey. Then I smelled it. I looked at the ground beside me, and I saw a dead fish that was split open.

After the play, I came off the field and went straight for my towel and water bottle. I rinsed and wiped. It was in my face. It was all over my helmet and in my ear hole. It even felt like some of it had found its way inside my shoulder pads and down my shirt.

At halftime, I went into the washroom to try and wash the rest of it off. But no matter what I did, all I could smell through the rest of the game was that fish.

In the fourth quarter, we pulled off a miraculous comeback. It remains the greatest comeback in Panda Game history. We were down 28-4 with nine minutes left, and then everything just fell into place. Our quarterback, Cam Collins, kept finding wide receiver John Dawley for pass after pass, and touchdown after touchdown. When the dust settled, we had stolen a 33-28 win away from the Gee-Gees.

That night, the team partied like never before. I didn’t go out because I stunk like fish. I went home and had a half hour-long shower and did my laundry.

It still didn’t feel clean. I wish I could have filled the bathtub with Purell and rolled around in it and then scrubbed my entire body with sandpaper.

To this day, I can’t walk by the part of the grocery store where all the fish are on ice. When I lived in Seattle, I couldn’t handle going to the Pike Place Market. I guess I have a think about dead fish being flung through the air.

The fish is still the first thing I think of when I remember the Panda Game.

I imagine that somewhere last week, there was some idiot Ottawa U. grad sitting at a bar and telling all his friends about how, 35 years ago, he snuck a poisson into the stadium and put it in the slingshot and hit the Carleton botteur in the tête. It was the best shot in the history of fish in slingshots.

I’m sure his friends don’t believe the story when he tells it. But it’s true.

I bet that guy has really aged.

And I hope he got ticketed by By-law. 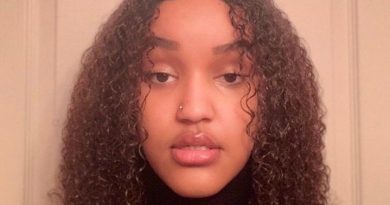 Focus on Youth: Student’s future includes making a difference in the world 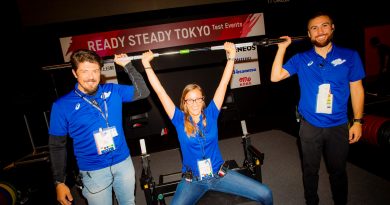 Barrhaven Native Working Behind the Scenes at Paralympics 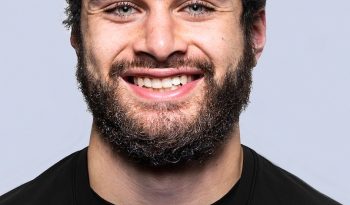