The Barrhaven Independent has had its best year ever at the Ontario Community Newspaper Association Better Newspaper Competition.

The Ontario Community Newspaper Association (OCNA) held its 2020 virtual awards gala Friday afternoon. The Independent was a top-three finalist for six awards, winning three first place awards, placing second in two categories, and third in another. There are close to 300 community newspapers in Ontario.

Only the Haliburton County Echo was a finalist in more categories, with nine.

A story by Barrhaven Independent editor Jeff Morris on his battle with bone marrow cancer won the award for Best Feature Story in the province.

In February, 2020, Morris gave Independent readers a detailed account of what he went through both physically and mentally during his battle with multiple myeloma, an incurable bone marrow cancer. In ‘A Battle Fought, A Battle Won,’ he told the story of how he thought he had a concussion after a hitting his head on the seatbelt shoulder strap clip in a minor fender bender at a stop sign in Barrhaven. He eventually went to the Kemptville General Hospital to get checked out, and was shocked to learn that a tumor caused by bone marrow cancer had eaten a large chunk of his skull. Within weeks, Morris was rushed into emergency brain surgery at the Ottawa Civic Hospital’s neuro centre, as the tumor had penetrated his brain and was about 36-48 hours away from claiming his life.

“It was a positive story,” Morris said. “People associate cancer with doom and gloom, but I wanted to share my story because cancer may change your day-to-day life, but it doesn’t have to change who you are or take away your spirit, your passions or your sense of humour. Beating cancer isn’t surviving, beating cancer is how you live your life every day.”

In addition to the feature writing award, Morris was also up for the Ontario Humour Columnist of the Year Award. This was the 13th time in the past 16 years that his From the Other Side column has been a finalist for the award. It was not Lucky 13 for Morris, however, as he finished third in the category.

A feature story on country music star Brett Kissel, which ran in both the Barrhaven Independent and the Manotick Messenger, won the award for the Best Arts and Entertainment story in the province. Kissel gave a heartfelt interview about what it has been like to be a performer during the COVID-19 pandemic. He gave three drive-in concerts at the Richmond Fairgrounds in September, and the feature not only previewed the concert but also gave Kissel the opportunity to express his love of visiting the Ottawa area and share some special memories of playing at the Richmond Fair over the past decade.

Skyler Fraser, who is the graphics manager for the Barrhaven Independent, was a finalist for two awards – Best Creative Ad and Best In-House Promotion. The ad, which came out on the 30th anniversary of the first issue of the Barrhaven Independent, won first place for Best In-House Promotion and second place for Best Creative ad.

A series of features that ran in the Barrhaven Independent called ‘30 Years, 30 People’ placed second in the province for Best News/Feature Series. To celebrate the Barrhaven Independent’s 30th anniversary in 2020, the newspaper has been running a feature over 30 issues that profiles someone who has made an impact on the community since the newspaper was launched in 1990.

“We’re a very small team here,” Morris said. “Gary Coulombe, our advertising manager, brings passion and experience and enthusiasm, and is the glue that holds us together. Charlie Senack is a great young reporter with a bright future. Skyler Fraser and Ryan Birtch are extremely talented and hard working in our graphics department. Al Erler does a fantastic job with our circulation making sure we’re out there and visible. For us to do this well against corporately owned newspapers with much larger staffs and more resources makes us very proud of the product we put out for the people of Barrhaven.”

Judging was done by newspaper industry and journalism experts from across Canada. 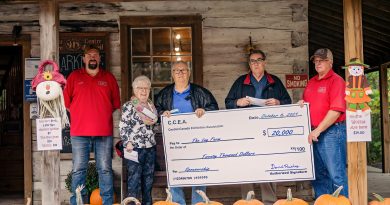 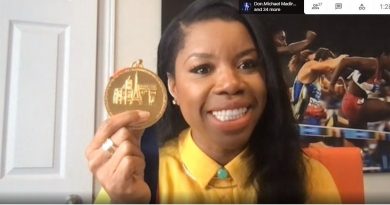 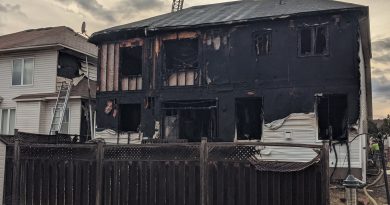