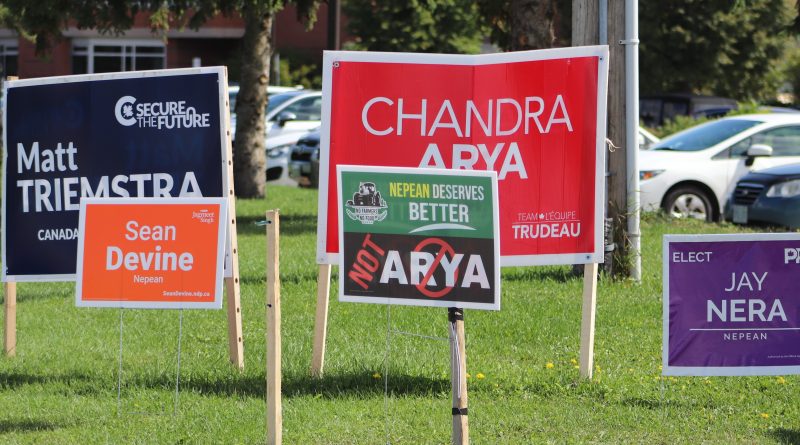 If you have been around Barrhaven recently, you would have noticed new election signs pop up around the community which are not affiliated with any party.

The signs which read “no farmers no food”, and “Nepean deserves better; not Arya”, were purchased and approved by the Ottawa Punjabi Association, who for months now have been advocating for better farming conditions in India.

The group decided to get vocal this election after reaching out multiple times to Nepean incumbent MP Chandra area, who is also the Liberal candidate in this federal election, and getting no response. They wanted Arya to advocate on the federal level for Indian farmers, because Canada is a country which supports all.

“A lot of people who live here in Barrhaven, their family members were in that agitation in India, so they requested that MP Chandra Arya talk to the global affairs minister as well and see that the human rights are being followed,” said Vinny Manes, a farmer himself who spearheaded the movement locally.

“Canada is a champion of human rights and so if the human rights are being trampled somewhere, then he should speak up,” he added. “He did not even get back to one person; we talked to other offices and constituencies here in Ottawa and all across Canada, and he was the one to not get back. He said “I do not wish to speak about this and that’s when I got more involved because if this guy does not want to stand for this, then is he really doing his job properly?”

Manes’ efforts are all part of a bigger, global movement which was launched this winter, after Indian Prime Minister Narenda Modi’s government enacted three laws which would make life difficult for farmers in that country. While their problems might seem a world away, it directly affects many Barrhaven families who have relatives farming the fields in India.

The laws would change the landscape of agriculture in India, allowing farmers to negotiate their own prices as they sell their crops to private businesses and corporations. Previously, they sold their crops directly to the Indian government at guaranteed minimum prices. While the government is arguing that the changes will give India’s farmers more freedom, the farmers say the new laws will threaten their livelihoods and drive their prices lower. They also say the laws will make them vulnerable to corporate takeovers and exploitation.

Manes compared it to efforts which took place in Canada in the 1960’s when farmers were forced to sell their lands to make way for big developments we see today. At that time frame Canada had 400,000 farm families, a number which has now dipped below 39,000, according to the Agriculture Canada website.

“The farmers in India, they are standing for their right to continue having that lifestyle they are living, and it is being taken away from them,” said Manes. “What I hear from a lot of farmers is it is that exact same thing that is happening here in Canada, so maybe they should care (because) they could jot stand up to big corporations coming in and taking over their lifestyle pretty much, then maybe they should stand up for people in other parts of the world where the exact same things are happening. It’s like déja vu.”

Manes says Arya’s track record shows he has not represented the people of Nepean well over the past six years, and rarely stands up to speak in parliament. The local Indian farmer says he doesn’t care who people vote for in this election, as long as it’s not for Arya. Manes wants to see a better future for his own kids and future generations of Canadians.

“My only message to everyone is that voting is your personal right; it’s your personal decision,” he said. “When voting for a person or party, just make sure that you are not just voting for a particular party, but also for the person. That person will be representing you in the parliament. You want a strong representative who is gojng to raise issues that impact you personally.”

In a written statement sent to the Barrhaven Independent, Adam Moscoe, a spokesperson for the Arya campaign, said the incumbent MP has “worked hard” on behalf of Nepean residents, and noted key areas as passionate issues including: affordable housing, retirement security, and the knowledge-based economy.

Moscoe also said: “Mr. Arya is a strong supporter of Canadian farmers and has worked with Canadian agricultural and food industry groups to open up as many international markets as possible for our farm products. As a member of the parliamentary committee on International Trade, Mr. Arya worked with the federal government on economic and market reforms in developing countries which will open new markets to Canadian farmers, manufacturers and other Canadian goods and services.”

And a day later Moscoe followed up with a separate statement on behalf of Liberal candidate Arya, which focused on issues with farming locally, but did not mention the word India.

“Mr. Arya has worked hard in the best interest of Canada and continues to support Canadian farmers in their quest for growing international markets in Asia and other parts of the world,” Moscoe said. “He has worked with Canadian agricultural and food industry groups and the federal government to advocate for reforms in developing countries so that Canadian farmers, manufacturers and exporters of Canadian goods and services have a level playing field in access to global markets.”

Arya and the Liberals are still leading in the polls in Nepean, coming in with a projected 41 per cent of the vote — eight per cent more than Conservative candidate Matt Triemstra who is projected at 34 per cent. Sean Devine and the New Democrats are projected at 16 per cent, which is double the number they received in the 2015 election when Devine ran last. The People’s Party of Canada is expected to pick up 5.6 per cent of the vote in Nepean, and the Greens are expected to pick up 3.8 per cent. 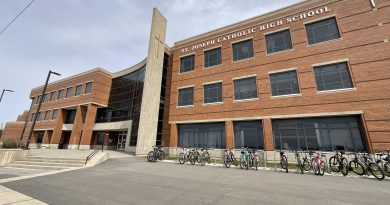 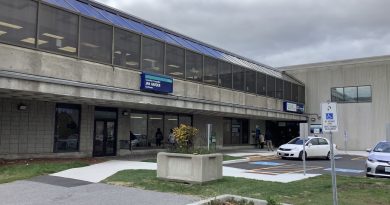 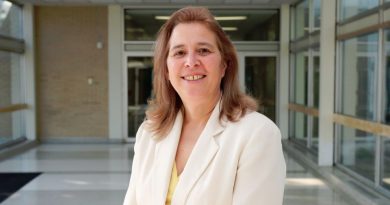