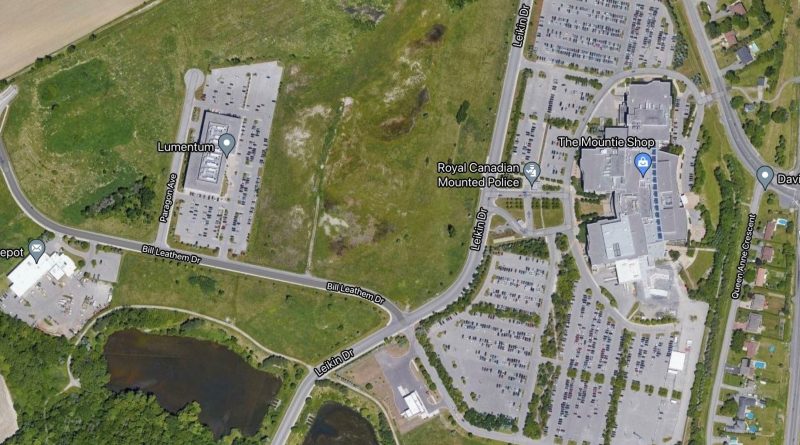 A virtual public consultation was held for Barrhaven residents to ask questions about the proposal to rezone land on the South Merivale Business Park. The changes would allow for a warehouse and truck transport terminal to be built on the site.

More than 170 Nepean residents attended the roughly three hour-long meeting which was held on May 13, and had an opportunity to share their comments and concerns which mainly included traffic congestion, noise and pollution.

The applicant, who has not yet been identified, wants to amend the zoning at 2 and 20 Leikin Drive and 99 Bill Leathem Drive for the facility, which could see up to 1,000 transport trucks a day pass through the Barrhaven neighbourhood.

The warehouse would be in operation 24 hours a day, according to the proposal, and would include a distribution operation. The land would need to be rezoned to Light Industrial Zone, Subzone 9, in order for the development to go ahead.

Councillor Carol Anne Meehan, whose ward the South Merivale Business Park is in, said during the meeting that if the proposal was to go through, infrastructure upgrades would have to be made in order to accommodate the increase in traffic on roads near the site.

“The roads around the business park need to be upgraded to adequately accommodate the traffic before the pandemic,” said Meehan. “Adding any use to the business park that will increase traffic using Fallowfield, Woodroffe, Merivale, or Prince of Wales, means we need to see necessary road upgrades that would help mitigate the traffic congestion, pollution, and noise, which would all increase once the park is built up.”

Meehan said the business park’s purpose has changed since it was built decades ago due to people’s behaviours changing. Online shopping has become increasingly popular, especially since the COVID-19 pandemic began, meaning more truck depots and warehouses need to open.

“We all want to support new jobs and businesses in our community, but now growth must be supported by new infrastructure to support our community and its residents,” she said.

Councillor Keith Egli, who also briefly spoke during the virtual meeting, said residents of his ward who live in the Pine Glen neighborhood, are concerned about safety for those who walk and bike to nearby St. Monica Elementary School. The students have to cross Merivale Road which is already busy during rush hour traffic.

Jack Stirling, who was the former Chief Planner for the City of Nepean, was also part of the consultation, representing Zena-Kinder Holdings Ltd, who owns the land where the business park sits.

He said when the South Merivale Business Park first opened, Nepean’s zoning ByLaws allowed for warehouses and truck terminals to be built on the site. That changed between negotiations with the city and the business parks landowners sometime after 1998.

The South Merivale Business Park first opened decades ago in the early 1980’s, but the vision then for Barrhaven was much like it is today. The quickly growing suburban community was always intended to be developed overtime.

Stirling says the only difference is Highway 416 was planned to go up Merivale Road in the 1980’s, an idea that was eventually scrapped. Land that was saved for the highway was quickly developed, transforming Nepean into the community it is today.

“I think what’s being Imagined for the site is what has been imagined from the start,” he said. “The addition of these two uses really reflects the transition of employment as the world changes. We have gone from heavy industrial manufacturing to more office parks that you see (such as) in Kanata North. Now you are seeing more development associated with transportation as people’s buying habits change.”

A petition has been started by a number of Barrhaven residents who oppose the re-zoning of land. To date it has over 3,890 signatures and is growing.

During the meeting it was confirmed only 11 per cent of the vehicles would be transport trucks and they predict the busy peaks would only include 25 vehicles during the morning rush hour and another 30 in the afternoon. Another handful would then be spread out throughout the day.

It’s not confirmed what the trucks would be carrying since the possible tenant has not been identified yet, however it would not include any flammable liquids. Stirling says it would be products much like you would see in a Purolator or Canada Post delivery van.

At this point it is strictly a zoning amendment on the table, however Gloucester-South Nepean Councillor Carol Anne Meehan says if passed, it will lead to a building application. 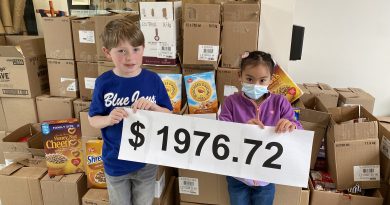 St Luke Students Raise Over $1,900 And 60 Boxes Of Food For Barrhaven Food Cupboard 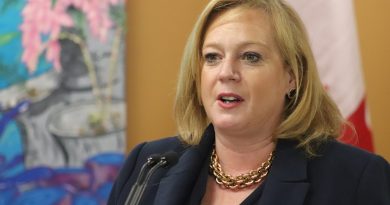 MPP MacLeod Back At Work After Bipolar Diagnosis 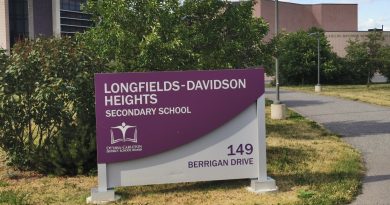