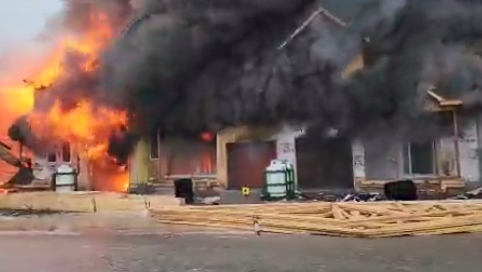 Quick and effective response by Ottawa firefighters prevented a fire at the Caivan subdivision in the southern part of Barrhaven from becoming much worse.

The blaze started Thurs., Jan. 5 just before 9 a.m. when a home under construction in the Caivan development caught fire on Epoch Street off Elevation Road.  The Caivan site is located north of Barnsdale Road east of Borrisokane.

“Responding crews had to deal with extremely icy conditions on the residential roads in the development which also caused a hazard for firefighters while walking around on scene,” said an Ottawa Fire Service press release.

The fire spread to two other townhomes under construction. Crews from Ottawa Fire Services had to cool two propane tanks on the scene as their relief valves had let go.

Ottawa Fire Service gave a full explanation of the situation on their Instagram page.

“When homes under construction catch fire, the radiant heat released can be intense and spread very quickly. Homes to the right, left and rear of the initial houses on fire all began to burn from the intense radiant heat. In the front yard of the four homes under construction that were initially on fire, there were three 400lb propane tanks used in the construction process. Two of these 400lb tanks were exposed to such high temperatures and flames that their internal safety mechanism was triggered. This system allows an emergency release of the propane from within the tanks when the internal pressure become too high. This safety mechanism prevented the tanks from exploding prior to, or just as firefighters arrived. However now there was an uncontrollable release of pressurized propane, and it was on fire. This fire could eventually cause the tanks to fail.

“While the internal safety mechanism did its job initially, the threat of a BLEVE still exists. To firefighters a BLEVE is short for (Boiling Liquid Expanding Vapour Explosion). The result is a very large explosion, fire ball and flying metal.

“As soon as firefighters could knock down the flames from the houses on fire and get close enough to the propane tanks, they used multiple hose lines from multiple directions to cool the tanks. During this controlled cooling tactic, firefighters allowed the escaping pressurized propane to burn off while cooling the tank body to maintain its integrity and preventing a BLEVE. The resulting controlled tactic took approximately 2 hours to allow all the remaining propane to burn off safely. The tanks had just been filled the previous day and were reported as 80% full.”

The fire was under control by 10:15 a.m. Officials said about five homes were affected by the fire and 15 more homes were saved by the quick emergency response.

No one was injured in the blaze, and the cause is under investigation. 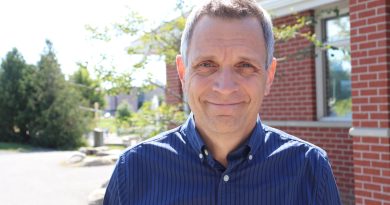 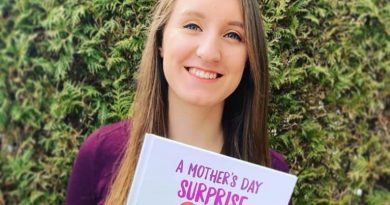 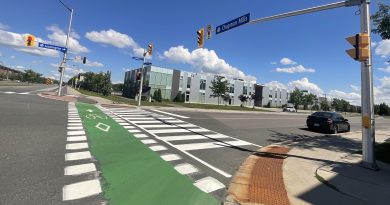