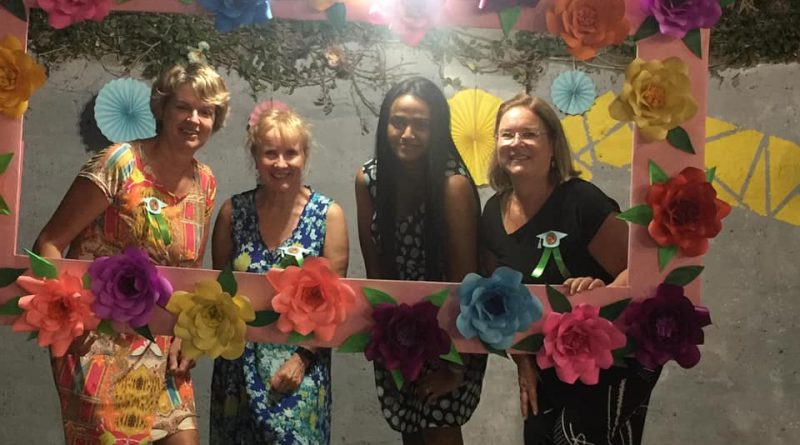 For the past eight years, Roy has been driven to make a difference in the lives of a group of people that others see as invisible. She sees them as special and filled with potential.

Every year, Roy takes a month away from her job at the LCBO and heads to Manila for a month. She helps run a school for some of the most underprivileged people on the planet. Every penny from every paycheck she collects at the LCBO goes toward funding the school.

Roy, who now works in Manotick, began her LCBO career at the Barrhaven Riocan Mall location on Strandherd Drive before she was transferred.

“We were living in the Philippines,” she said. “I was part of a group of five women who started a project. We wanted to make a difference.”

Roy accompanied the woman to the southside dumpsite in San Pedro Laguna in Manila that was home to more than a thousand families.

“They are the poorest of the poor,” she said. “They have no water, no electricity, and no opportunity. They are the forgotten children.”

After seeing the extreme conditions that the people in the dumpsite were living in, they decided to do something to make a difference. They decided to open a school to help children in the dumpsite and founded HALMS. The name was taken from the initials of the first names of the women – Helen, Astrid, Lynn, Maria and Sabrina. Two of the women are from Sweden, one is from the Netherlands, and one is from Switzerland. Roy is the lone Canadian. They did some research, came up with a plan, and connected with Miriam del Rosario, founder of Birthright Educators Foundation.

With charitable donations and help from friends and family, volunteers constructed the building with mostly recycled material from the local recycle depot. The modest concrete school is designed with one classroom on the ground floor and a small reading room and rest area on the second floor.

It is also used as a place of refuge for the children, if the need arises. In fact, three of the children attending HALMS had lived there for over a year.

“Night time at the dump is very dangerous,” Roy said. “It is a different world. The school is a safe haven for the students when they feel threatened or in danger.”

The school opened its doors in June, 2014, and welcomed 12 boys and girls, aged 13 to 16. For some, it was the first time they had attended school. For others, they had been away from school for over two years. The children had all been evaluated with most being graded with a kindergarten or grade one level.

The school provides children with an academic curriculum, a safe schooling environment, a healthy lifestyle that includes two meals per day, school supplies, a school uniform and shoes, transportation, cooking classes, arts and craft activities, and gardening and culinary classes for the mothers.

Roy said that even turning the life of one of these children around through education would make the entire effort worthwhile.

“There was no way we could make a school big enough for all the children,” Roy said. “We had to be realistic about how many children we could help.”

The school transitioned from teenagers to younger children.

“To be in the program, they had to be attending school,” Roy said. “It was difficult with teenagers. There are other things going on in their lives, and many of them are out there trying to provide for their families. The poverty they live in is something you can’t imagine until you see it. They are scavengers – they have to do that to survive.”

The five women left the Philippines, and four of them moved on from the school. Roy, however, stayed involved in the school and took on a greater role.

“The kids are getting an education, and we are also working with the mothers,” she said. “We are teaching them about nutrition, and teaching them how to prepare food.”

Although Roy is the sole remaining founder involved in the school on a day-to-day basis, she does rely on the help of people whom she says are extraordinary.

“Miriam del Rosario is the Mother Teresa of the Philippines,” she said. “She is incredible. Her husband, Jun, is a pastor who also plays a key role in the school.”

Roy said it was important that they hire a teacher who understands the children. Danielle del Rosa Abrasaldo, the daughter of Miriam and Jun, is a certified teacher and delivers the academic program. Her teacher’s assistant is Helen Martinez, who also lives at the dump.

“It was important for us to have local teachers who can relate to the teachers and their families,” she said. “We wanted the kids to feel comfortable. It was important that they learn in Tagolog, not in English.”

While the Del Rosarios are working at the school in the Philippines, Roy is busy working on things here. She is able to gather sponsorships and supplies to send to the Philippines. She has also made connections to help feed the families of students.

“We have made a connection with the Ontario Christian Gleaners in Cambridge,” she said. “They have become a big partner and supplier for us.”

The company takes fresh vegetables that may have blemishes or imperfections.

“Even though the food is perfectly good, the blemishes on the food make them undesirable for grocery stores or restaurants,” Roy said. “The food is cleaned and then dehydrated and put in bags.”

The company will add ingredients like barley to the bags. Roy secured a donation of dehydrated food in bags that will provide between five and ten thousand meals.

“Not only do we have help coming from them, but we are also teaching women about gardening,” she said. “It is very empowering for these women to be able to grow food and then create meals to feed their families.”

While Roy is undertaking this project, she continues to work at the Manotick LCBO. Every dollar she makes goes to the school.

“I guess I work for the school,” she says with a smile. “The school needs the financial help. A lot of people ask me about the school and how things are going when they see me. Some people in the community have taken an interest in the school.”

Roy is humble and almost embarrassed when people praise her for the work she does for the school. She sees herself as someone who is just trying to make a difference and give some kids a chance in life they would never have. Others, from her friends to her co-workers and even people who hear her story for the first time, see her as more than that. Words like ‘angel’ and ‘saint’ are tossed around.

“I won’t be able to do this forever,” she says. “Hopefully we can get everything in place so that the school will have enough support to keep going when the day comes that I can’t do this anymore.”

There are people around the world hoping that day does not come for a long, long time. 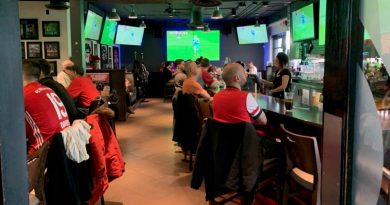 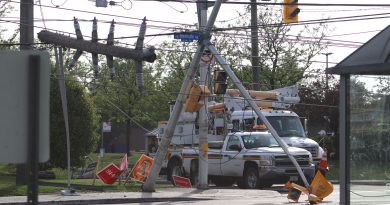