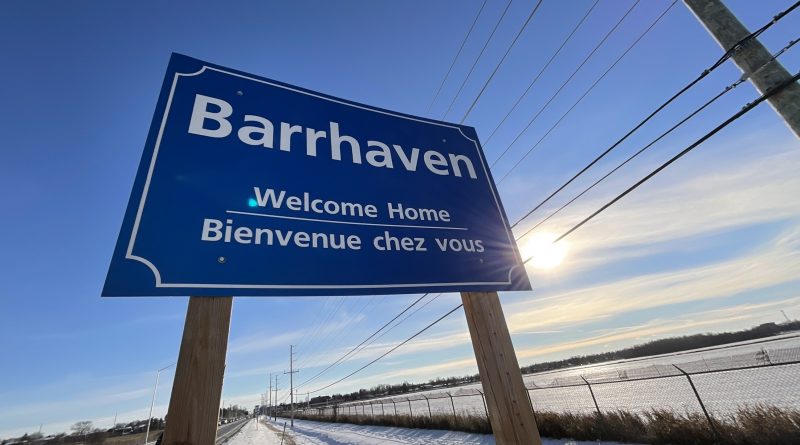 Roughly five per cent of Barrhaven residents have tested positive for COVID-19 since the pandemic began in March 2020, new data shows.

According to new data posted on Ottawa Public Health’s website which is based on local municipal boundaries, Barrhaven ward recorded 952 confirmed COVID-19 infections between Dec. 4 and Jan. 3. — around 697 of those cases were recorded after Dec. 20.

The positivity rate per 100,000 during that month was 1,666, meaning about 1.5 per cent of the ward tested positive for COVID-19 during December, and that is only based on confirmed PCR tests.

Ward 3 as it’s also known, has recorded a total of 2,734 infections of the novel coronavirus. According to 2019 data, around 63,000 people live in the area which is currently represented by Coun. Jan Harder.

In the neighbouring ward of Gloucester-South Nepean, 892 residents tested positive for the virus between Dec. 4 and Jan. 3 — 747 of those cases came in the last 14 days.

That ward has recorded a total of 2,628 laboratory confirmed cases since the pandemic began, meaning about five per cent of the community received a positive PCR test — about 1.7 per cent during the month of December.

Gloucester-South Nepean, which is currently represented by Coun. Carol Anne Meehan, includes most of Barrhaven on the east side of Barrhaven if travelling out of the community, and Riverside South. It has a population of around 53,000 residents according to 2016 data.

During the month of December, Ottawa reached new pandemic peaks never seen before throughout this pandemic. It also meant a return of outbreaks in care home settings.

Then on Jan. 6, Revera-owned Barrhaven Manor declared an outbreak, which included one case in a staff member, and one resident case.

A day later on Jan. 7, the Court at Barrhaven, which is run by Atria Living, declared a facility-wide outbreak. It has grown to five resident cases.

That same day, city-run long-term care home Carleton Lodge reported a new outbreak of COVID-19. According to a memo sent by the City of Ottawa on Jan. 12, there were 19 active staff cases and four active resident cases.

It’s back to in-person learning for many Ontario school children, but the unpredictability of where this pandemic is heading has been a cause for concern for many.

On Jan. 17, kids will be back in class for the first time in a month. It comes after learning switched to remote as Omicron spread like wildfire over the Christmas holidays. Almost everyone now knows someone who’s been impacted by the virus. Ottawa shattered records, hitting a new pandemic peak on the last day of 2021, with 1,508 new infections.

The move to close schools — which was widely debated and criticized by all levels of government — was meant to buy time and get more shots into arms — particularly those of school-aged children.

Before the Christmas break, schools in Barrhaven were a breeding ground for COVID-19 infections, with close to 70 cases reported at Half Moon Bay Public school alone. Dozens of other cases were spread through various other schools into the community, and that didn’t take into account cases which were later reported in close contacts and family members.

Barrhaven still holds more cases of COVID-19 than anywhere else in the city, reporting roughly double the city average. It’s now more difficult to have a sense of where the situation is heading as testing becomes more limited. With strains on the system and priority being given to vaccination efforts, PCR tests are being saved for the elderly and essential workers. Anyone who is showing symptoms of having this virus are being asked to isolate for at least five days, along with anyone in their household.

Omicron has not yet reached its peak in Ottawa and some fear the government is rushing a return to some normalcy. While Ottawa’s top Doctor Vera Etches and the city’s Mayor Jim Watson support the move, some in the medical community think otherwise.

Dr. Nili Kaplan-Myth, who has put thousands of shots into arms locally, says boosters need to be prioritized for the 12-17 year-old population and more safety measures are needed before schools can open safely. She says staff and students need access to KN95 or N95 masks, testing needs to be more widely available, and classes need to be fitted with HEPA filters. The well-known family doctor says the Ontario government has “failed Ontarians” and won’t be sending her daughter back for in-person learning.

The Ontario government also says parents won’t be notified of COVID-positive cases in their children’s school unless 30 per cent of the class is absent, a decision which has left Kaplan-Myth and many others fuming with anger. But even then, it doesn’t mean schools will close due to an outbreak.

The city’s chief medical officer of health, Dr. Etches, feels parents will still be notified of positive cases through “word of mouth.”

“I am sure that word will get around when people are staying home when they’re sick, before we reach the 30 per cent threshold,” she said at a virtual press conference Wednesday. “People are being asked to notify their close contacts when they test positive.”

Etches also notes proper self-screening measures are important to not spread the virus.

Some local teachers and students tell the Barrhaven Independent that in the two weeks virtual learning has taken place, up to half of their class are isolating either due to a positive case or being identified as a close contact. It’s reasons like this which are leading many parents to keep their children home for virtual learning.

Waste water levels show Ottawa may soon be reaching a peak, and local officials hope that means a sharp decline will follow, much like what’s happened in other parts of the world.

The news came on the same day Ottawa saw 59 Ottawa residents in hospital because of COVID-19, and another eight in ICU. It comes after the city saw a large increase in hospitalizations, impacting both the vaccinated and unvaccinated.

From Jan. 5 to Jan. 11, Ottawa had a test positivity rate of 32 per cent, after breaking recent records.

In the 12+ age group, the Barrhaven vaccination rate for two doses of a COVID-19 vaccine was at 88.4 per cent, the fourth highest in all of Ottawa. 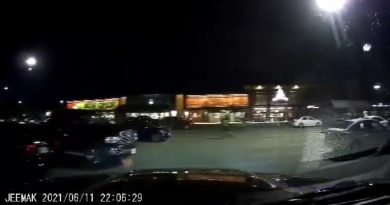 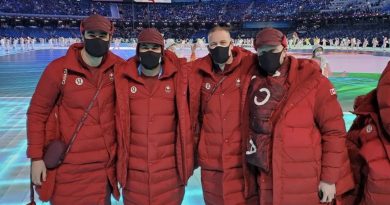 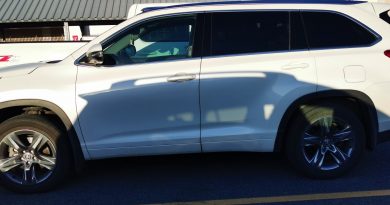 By Charlie Senack, Barrhaven Independent A police presence won’t be coming back to Ottawa Carleton District Schools after a motion