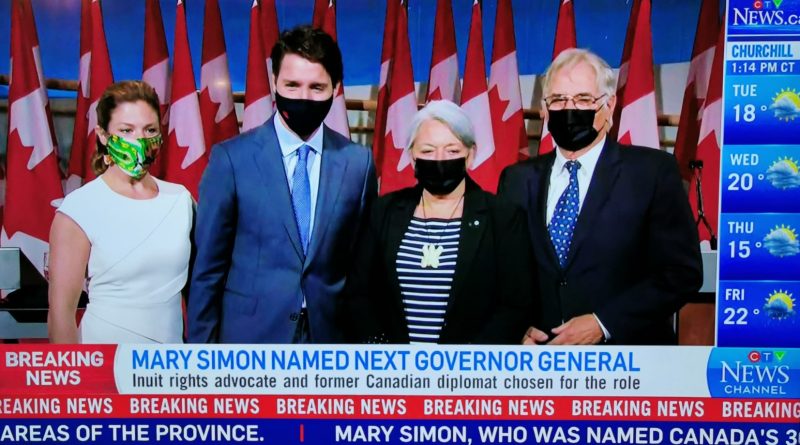 Manotick resident Mary Simon has been named the 30th Governor General of Canada.

Her Majesty Queen Elizabeth II approved the appointment Tuesday. Ms. Simon becomes the 13th Governor General appointed by Her Majesty during her 69 years on the throne. As Governor General, Ms. Simon will be the representative of Her Majesty The Queen in Canada. The Governor General’s responsibilities include carrying out constitutional duties, serving as commander-in-chief, representing Canada at home and abroad, encouraging excellence, and bringing Canadians together.

“I am very pleased to announce that Her Majesty The Queen has graciously approved the appointment of Mary Simon as the next Governor General of Canada,” Prime Minister Justin Trudeau said. “Ms. Simon has dedicated her life to advancing social, economic, and human rights issues for Canadian Inuit and Indigenous peoples, and I am confident that she will serve Canadians and promote our shared values with dedication and integrity. Through this appointment, we are ensuring that Canada is represented by someone who exemplifies the very best of our country.”

During her first public speech as Governor General, she thanked Prime Minister Justin Trudeau for his warm introduction and the “historic opportunity.” As the first Indigenous Governor General in Canadian history, she spoke in Inuktitut before delivering her speech in English.

“Let me begin by conveying in the strongest possible terms that I am honoured, humbled, and ready to be Canada’s first Indigenous governor general,” Ms. Simon said. “I would also like to thank Her Majesty Queen Elizabeth for placing her trust and confidence in me to represent her in this wonderful country of ours.

“I can confidently say that my appointment is a historic and inspirational moment for Canada, and an important step forward on the long path towards reconciliation,” she added. “This is a moment that I hope all Canadians feel part of, because my appointment reflects our collective progress towards building a more inclusive, just, and equitable society.”

Born and Raised in Nunavik

Ms. Simon was born in Kangiqsualujjuaq, Quebec. The arctic area is now known as Nunavik. She was born Mary Jeannie May, and her Inuk name is Ningiukudluk. Her mother was Inuk, while her father was from “the south” and was a manager of the local Hudson Bay Company post. She spent her adolescence in Nunavik living a very traditional lifestyle. Many months out of the year, her family camped and lived on the land, hunted, fished and gathered food, and maintained an active connection with their Inuit heritage and language.

“Part of my cultural tradition as an Inuk are the strong bonds that are created across the generations,” Ms. Simon said. “My grandmother Jeannie and my mother Nancy were my teachers and mentors, and these influences continue today. They both instilled in me a boundless energy for learning self-improvement and helping my community. They also taught me to always be proud of who I am, and to keep my mind open to other points of view.”

While growing up in Nunavik, Ms. Simon said she also learned about southern Canada and the “non-native world” from her father. She added that he had a deep love and respect for the North and its people.

“Combined, these experiences, allow me to be a bridge between the different lived realities that together make up the tapestry of Canada,” she said. “I can relate to all people, no matter where they live, what they hope for, or what they need to overcome.

Ms. Simon began her professional career as a radio broadcaster with the CBC Northern Service (now CBC North) in the 1970s. Following this, she held a series of executive positions with the Northern Quebec Inuit Association and Inuit Tapiriit Kanatami, centred on negotiating the first land claims agreement in Canada. As President of Makivik Corporation, she was directly involved with the implementation of the James Bay and Northern Quebec Agreement, and with the protection and promotion of Inuit rights under that agreement.

“As time passed, my work often took me south,” Ms. Simon said. “I spent my adult life fighting for Indigenous and human rights, pushing for increased access for health care and access for mental health services, and working hard to build better educational outcomes for our children – so it’s fair to say I’ve grown up twice, once in the North, Northern Canada, and once in Southern Canada.”

Along with fellow Indigenous leaders, she was actively involved in the negotiations leading to the 1982 patriation of the Canadian Constitution, which formally entrenched Aboriginal and treaty rights in the supreme law of Canada.

As the first Canadian Ambassador for Circumpolar Affairs, Ms. Simon played a leading role in strengthening the ties between the people of the Arctic regions nationally and internationally, including through the creation of the Arctic Council. She is also the founder of the Arctic Children and Youth Foundation, and has served as the Ambassador of Canada to Denmark.

In 2017, Ms. Simon delivered a report to the Minister of Indigenous and Northern Affairs on A new Shared Arctic Leadership Model, setting the stage for important policy and program development in support of the Arctic and its residents.

During her speech, Ms. Simon referenced the cultural and linguistic diversity that makes Canada unique.

“I do want to be clear about something,” she stated. “My bilingualism is in Inuktitut and English. However, based on my experience growing up in Quebec, I was denied the chance to learn French during my time in the federal government day schools. I am deeply committed to continuing my French-language studies, and plan to conduct the business of the Governor General in both of Canada’s official languages as well as Inuktitut, one of many Indigenous languages spoken across the country.”

Ms. Simon also acknowledge that her appointment comes at a time when the history of Canada and the treatment of its Indigenous people by governments and churches have inflicted shock, horror and pain.

“During my time as Governor General, I will work every day towards promoting healing and wellness across Canadian society,” she said. “To me that means stopping to fully recognize, memorialize, and come to terms with the atrocities of our collective past that we are learning more about each day. It means we must thoughtfully work hard towards the promise of a better tomorrow.

“I believe we can build the hopeful future in a way that is respectful of what has happened in the past. It means supporting the wellbeing of people by focusing on our youth, and in improved educational outcomes for all of our children. It means prioritizing the protection of our natural world, so that we can have a healthy climate and planet for generations to come.

“I believe strongly that if we embrace our common humanity and shared responsibility for one another, Canada’s brightest days are yet to come. I am dedicated to doing everything in my power to build and inspire that future.”

Among other distinctions, Ms. Simon is an Officer of the Order of Canada, and an Officer of the Ordre national du Québec. She is also a recipient of the Governor General’s Northern Medal, the Gold Order of Greenland, the National Aboriginal Achievement Award, the Gold Medal of the Canadian Geographical Society, and the Symons Medal.

“I can’t wait to roll up my sleeves to embark on our work together, and may wisdom and compassion guide our efforts,” she said. 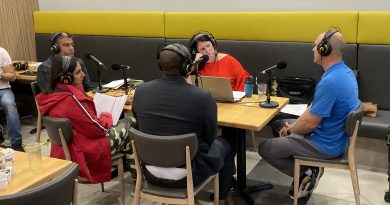 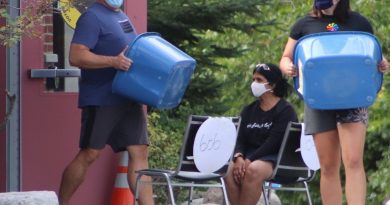 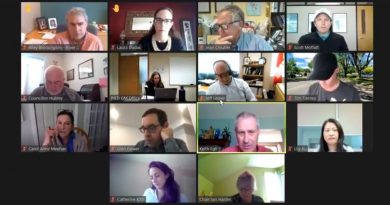