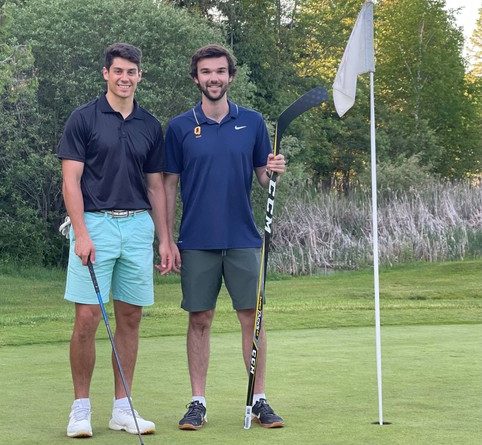 A pair of local hockey players have joined forces to share their love of golf with children who may not have ever had the chance to experience the game.

Will Brown and Keenan Reynolds have partnered with the OSEG Foundation and Ottawa Community Housing Foundation to create the Front Nine Project. The aim is to provide youth in Ottawa with the opportunity to learn how to play golf by removing the financial barriers associated with beginning such an expensive sport.

Brown grew up in Barrhaven and golfed at Cedar Hill Golf Club. He played junior hockey with the Nepean Raiders and Ottawa 67s before moving on to Queen’s University to spend three seasons with the Gaels. He is now studying law at Osgoode Hall and will be playing hockey for York University this season.

Reynolds, meanwhile, learned to paly golf in Rockland and was one of the top junior golfers in the city. He went to John McCrae Secondary School in Barrhaven and played junior hockey for the Owen Sound Attack and Flint Firebirds. He finished his junior hockey career with the Navan Grads and Carleton Place Canadians, and then spent part of the 2019-20 season with the Carleton Ravens. He is studying political science at Carleton and holds a 4.0 grade point average. He will be studying law at McGill in the fall.

“We always wanted to do something together,” Reynolds said. “We wanted to get into the golf industry and there has been a huge influx of new golfers because of COVID.”

Reynolds and Brown grew up playing against each other, but became friends when they were roommates at the Ontario U15 tryout camp.

“I hated playing against him,” Reynolds said of Brown. “He was a defenceman and I was a forward, and he was really tough to play against. Off the ice, we obviously didn’t hate each other, and when we were roommates we became good friends.”

The golf industry experienced a boom in 2020 despite the pandemic and the late start to the season. As provinces began re-opening from the initial wave of lockdowns in late April and early May last year, golf courses became one of the few safe spaces that Canadians could seek out much-needed healthy recreation outdoors. This led to an unprecedented boom for the golf industry as over 20 million rounds of golf were played in Ontario alone, despite the late start to the golf season. This drastic influx of new golfers represented the single largest year of growth for golf since 1997, the year that Tiger Woods made his debut on the PGA Tour.

While some youth golf programs are focused on trying to develop the next Brooke Henderson or Mike Weir, Reynolds and Brown wanted to approach their program from a different angle. They wanted to give youths from financially disadvantaged families a chance to learn the sport.

“We presented the idea to OSEG and then talked to Ottawa Public Housing,” Brown said. “Things have moved pretty quickly.”

For this year, the goal is to have a group of five to eight youths in a six-week program. They would receive a golf shirt and hat, have lessons at the driving range, and also learn the rules and etiquette of the game.

“Originally, we wanted to approach companies for corporate sponsorships, but with COVID going on, there were not a lot of philanthropic funds available,” Reynolds said. “This year, we are trying to raise as much money as we can for the program. Not one person has told us this is a bad idea.”

While Brown and Reynolds are running the program, they are taking no payments or salary from it. They have started a Canadahelps page, which is like a GoFundMe page for charities.

If you would like to make a donation to help a disadvantaged youth from public housing play golf this summer, visit https://www.canadahelps.org/en/charities/OSEGFoundation/p2p/FrontNineProject/ 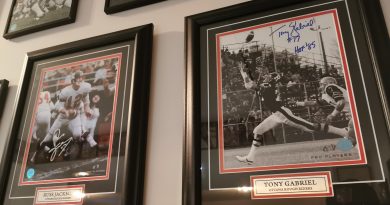 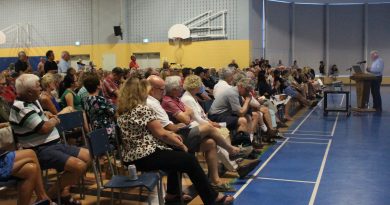 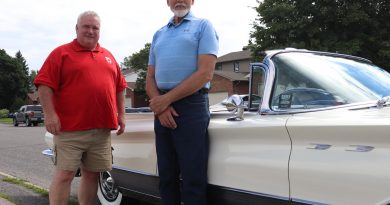 We take a look at the issues and the Nepean candidates to help you decide who to vote for in the federal election.